When it Lived : Late Cretaceous, 72-68 million years ago

Homalocephale is a pachycephalosaurid dinosaur genus that lived in the Late Cretaceous period, which is now Mongolia’s Nemegt Formation. It was about 70 million years old. Teresa Maryanska and Halszka Olsmolska first described the genus in 1974. It consists of one species, H. calathocercos. Although Homalocephale was considered a synonym (and juvenile version) of Prenocephale juvenile specimens show that they are distinct. Homalocephale measured 1.8m (5.9ft) in length and was possibly herbivorous. 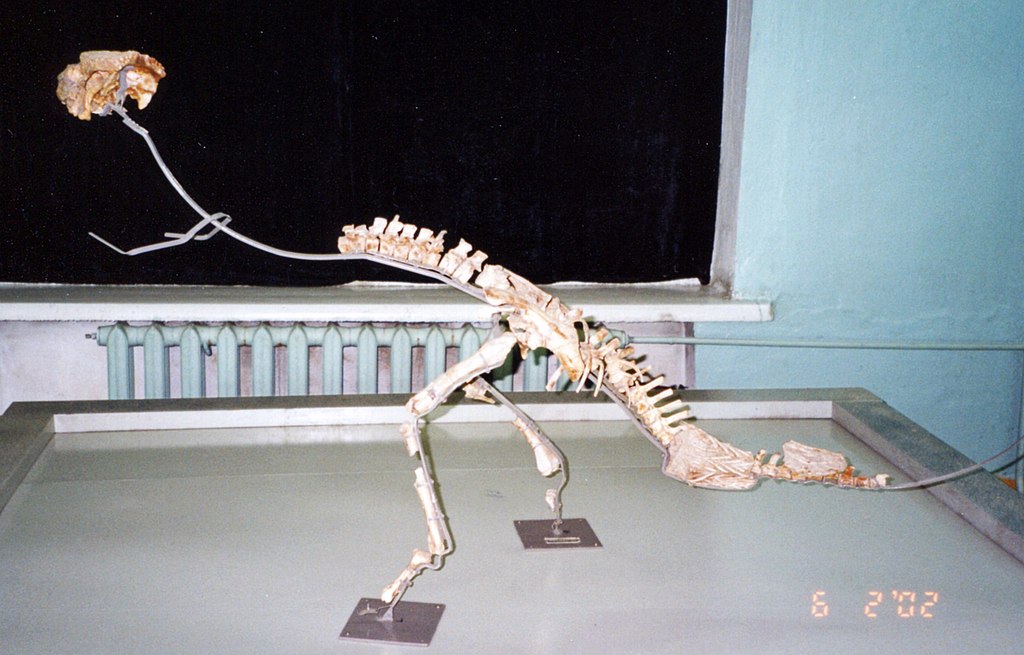 H. calathocercos was the type species. It was discovered from an incomplete skull and postcranial material from the Nemegt location of the Nemegt Formation. Large openings are found on the skull’s top. There is a distinct frontoparietal fenestrae and low, long infratemporal sutures. The eye socket is large and round. The forehead is quite rough with numerous nodules along the lateral and post-sides of the squamosal bones. The specimen was deemed to be an adult by paleontologists despite the fact it has visible sutures and a flat skull (a juvenile trait of many pachycephalosaurids).

Nick Longrich and his colleagues conducted a 2010 study that suggested flat-headed pachycephalosaurs could be juvenile forms of dome-headed adults. This view was also supported by Horner and Goodwin’s earlier analysis in 2009. Longrich and his colleagues proposed that Homalocephale was actually the sub-adult or juvenile stage of Prenocephale. This is primarily based on the absence of a dome, and the fact that it was found in the same location (Nemegt), as the former.

David C. Evans and his team reported in 2018 juvenile specimens from Prenocephale, a pachycephalosaur that had a linear growth pattern. The specimens were found in the Nemegt Formation. They also noted a rounded dome. This is different from Homalocephale’s flat skull, and both taxa should not be considered separate.

Homalocephale measured 1.8m (5.9ft) in length. Homalocephale had a flat, wedge-shaped skull roofing. This was in contrast to other adult pachycephalosaurs. However, the skull’s surface was quite thickened.