Goyocephale, a pachycephalosaurian ornithischian extinct genus, was found in Mongolia during the Late Cretaceous around 76 million years ago. Perle, Teresa Maryanska, and Osmolska first described it in 1982. It consisted of a disarticulated skull with the majority of the skull, some of the forelimbs and hindlimbs, as well as some vertebrae. Perle et al. The remains were named Goyocephale.lattimorei after the Mongolian goyo which means “decorated” and the Ancient Greek Kephale for the head. Owen Lattimore is the species name. 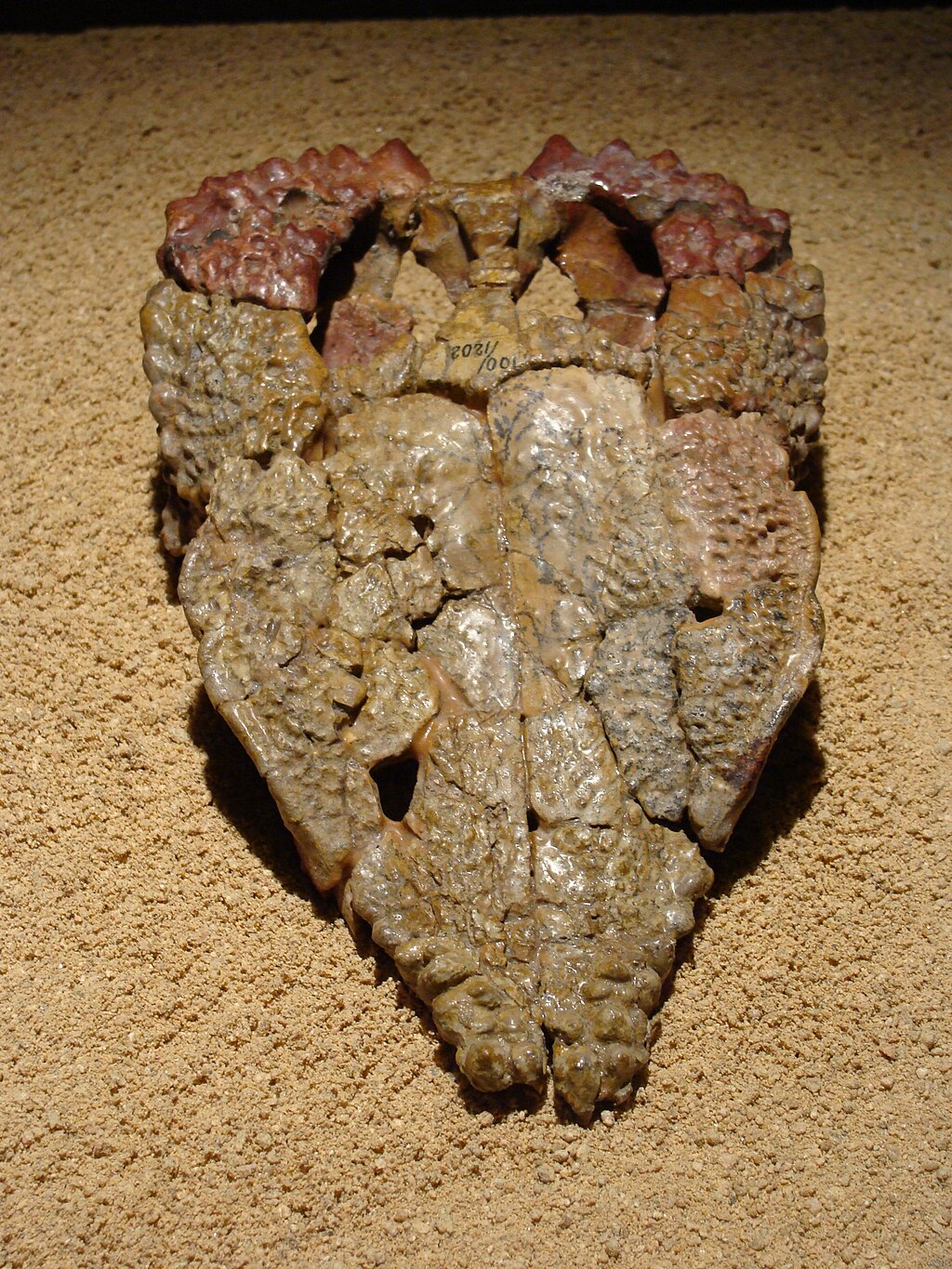 Goyocephale was discovered from a partial skull. This skull includes both mandibles and part of the skull roof. It also contains the posterior skull, premaxilla, maxilla, and part of the braincase. Many small bony bumps are found at the posterior edge of skull roof at the edge of squamosal bone. These would have been the bases of small horns. This feature is shared by pachycephalosaurids. Goyocephale had heterodont teeth. They had large premaxilla teeth that were caniniform, then a diastema that connected the premaxilla to the maxilla. Finally, the regular sub-triangular maxilla teeth were added. The premaxilla teeth become larger further posteriorly, with the largest being in the final. The mandible teeth look similar with the first being caniniform and the rest low and sub-triangular.

Only the atlas bone, the first cervical vertebra, and the sacrum (and tail) vertebrae have been preserved. The sacrum contains four vertebrae that aren’t strongly fused or incomplete. The ventral surface of second sacral centrum has a length-wise groove and a ridge. Although they were less fused than sacral vertebrae, the first and second tail vertebrae were articulated with each other. They can also be distinguished from the sacrum due to their zygapophyses, which are not fused together but still retain a ventral groove.

The girdle and limb bones are well preserved and have many interesting features. The humerus has a strong bow, with almost equal expansion at the distal and the proximal ends. The humerus also has a weak but thick deltopectoral crown (anterior projection of the humerus) and weakly separated condyles at the distal end. The ilium bone has a typical morphology for pachycephalosaurs. It features a thin, horizontally extended preacetabular process that is front-extended of the ilium and a broad ridge that extends outwards from its top edge (hind ilium expansion). The two preacetabular processes are very divergent in dorsal views. In lateral views, the ilium is nearly straight, while the postacetabular process appears to be sub-rectangular. The tibia is shaped like a pachycephalosaur and has no tarsal bones. Partially preserved is the foot of Goyocephale, with at least three digits (digits I, III, and IV). The unguals on each toe are triangular, but not recurved. The largest ungulate is the third toe.