Gargoyleosaurus, which means “gargoyle-lizard”, is one of the earliest known ankylosaurs from fossil remains. The skull is 29 cm (11 in) long and the total length of its body is estimated to be 3 to 4 meters (9.8 to 13.1 feet). It could have weighed up to 1 tonne (2.200 lb) or as low as 300 kg (600 lb). In 1995, the holotype was found at Bone Cabin Quarry West, Albany County, Wyoming, in exposures from the Upper Jurassic (Kimmeridgian and Tithonian stages). Morrison Formation. 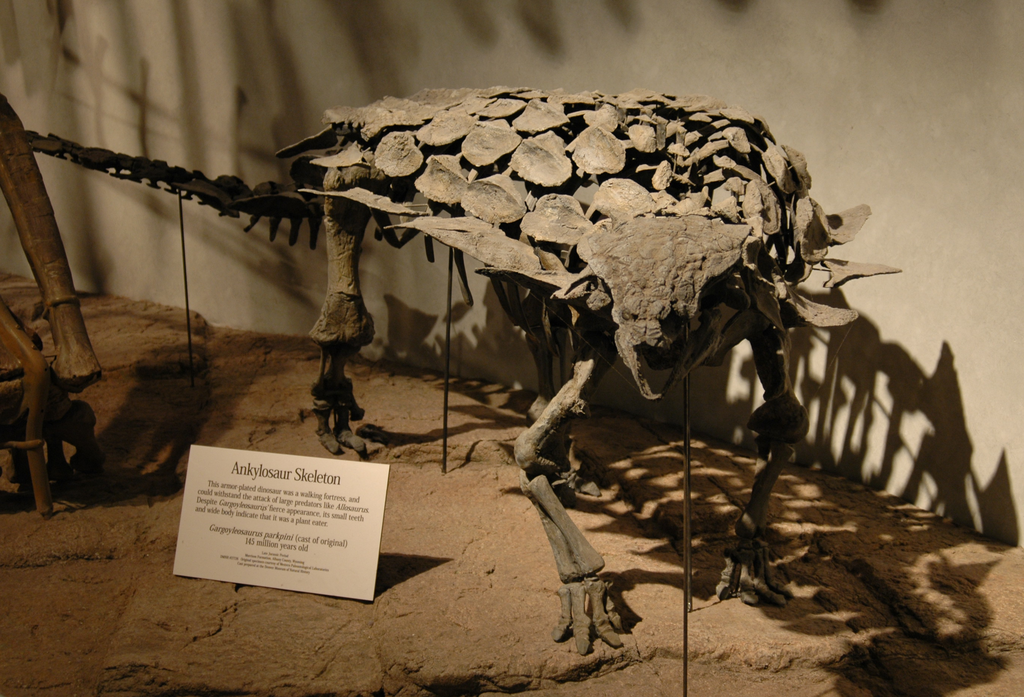 Ken Carpenter and colleagues described the type species G. parkpinorum (originally G. parkpini). In 1998. The Denver Museum of Nature and Science has a mounted skeletal reconstruction of Gargoyleosaurus Parkpinorum. It is on display alongside two skeletons of baby Stegosaurus since 2002. Gargoyleosaurus was found in stratigraphic Zone 2 of the Morrison Formation.