When it Lived : Late Cretaceous, 89-85 million years ago

Alvarezsaurus (/,aelv@rez’so:r@s”Alvarez’s lizard”) “Alvarez’s lizard”) is an genus of alvarezsaurid dinosaurs of the Late Cretaceous, living in Argentina between 86 and the age of 83 million years ago. It was estimated to be around 1.4 meters (4.6 feet) long and weighs in the range of 2.27-9.1 kg (5-20 pounds). In 2010 Gregory S. Paul estimated the weight of 3 kg and its length at 1 one meter. It was discovered inside the Bajo de la Carpa Formation and was named by paleontologist Jose Bonaparte in 1991 after the historian Don Gregorio Alvarez. The most common species of the species is A. calvoi. 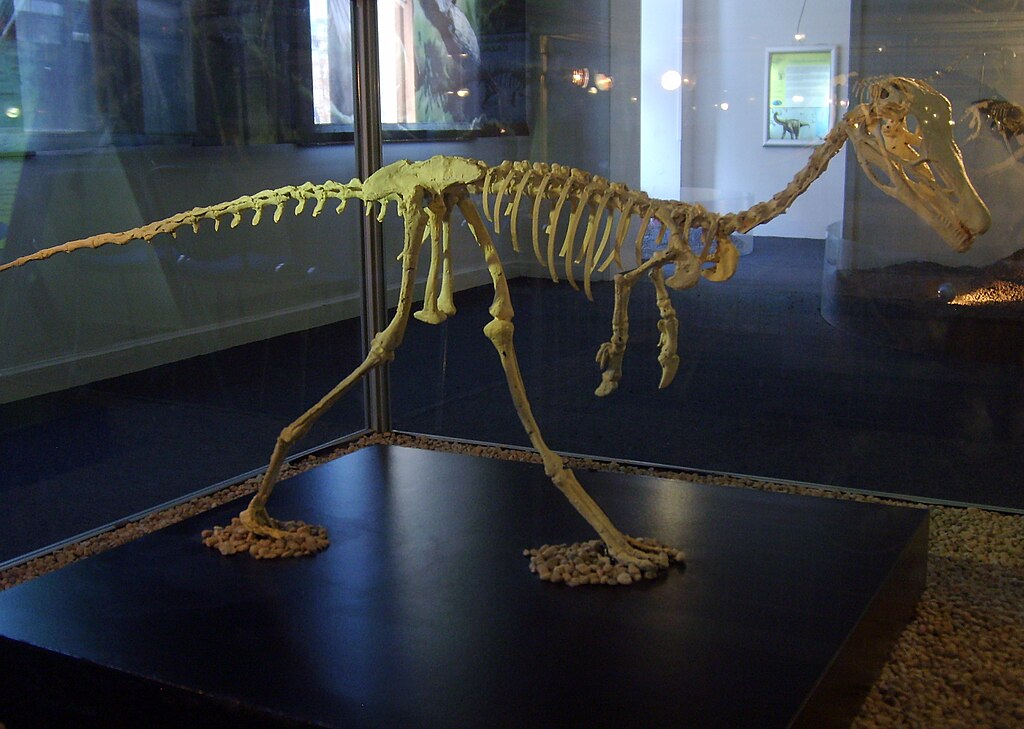 FunkMonk, CC BY 3.0, via Wikimedia Commons

Alvarezsaurus is a bipedal theropod. As with other theropods that were light with a long tail and the leg’s structure suggests it was a swift runner. The most proximal parts in Alvarezsaurus caudal vertebrae had sharp, ventrally oriented centra. The transerve processes of the vertebrae were sub-triangular as well as laterodistally-directed, a characteristic that is found in other alvarezsaurids such as Shuvuuia. The spinal processes were completely lacking or poorly developed and each vertebra caudal supported the prezygapophyses that were short. The scapula’s curvature was evident in proportion to that of the other alvarezsaurids as well as, unlike its cousins Alvarezsaurus had no fused astragalus or the calcaneum. It was distinct in that the metatarsal III of its skull was the longest of its kind, and was followed by an extremely large metatarsal IV. It could have been an insectivore.