When it Lived : Late Cretaceous, 85-75 million years ago

Oviraptor, which means “egg seizer” (or “egg thief”), is a genus oviraptorid dinosaur. It lived in Asia during Late Cretaceous. Roy Chapman Andrews led a paleontological expedition that collected the first remains from the Djadokhta Formation in Mongolia in 1923. Henry Fairfield Osborn named the genus Oviraptor Philoceratops the next year. The genus name refers back to the original thought that egg-stealing was a common behavior. The specific name was chosen to support this view and indicate a preference for ceratopsian eggs. Oviraptor, despite the fact that many specimens have been referred the genus. However, Oviraptor only has one partial skeleton, which is regarded as the “holotype”, as well as about fifteen eggs in a nest and small fragments of a juvenile. 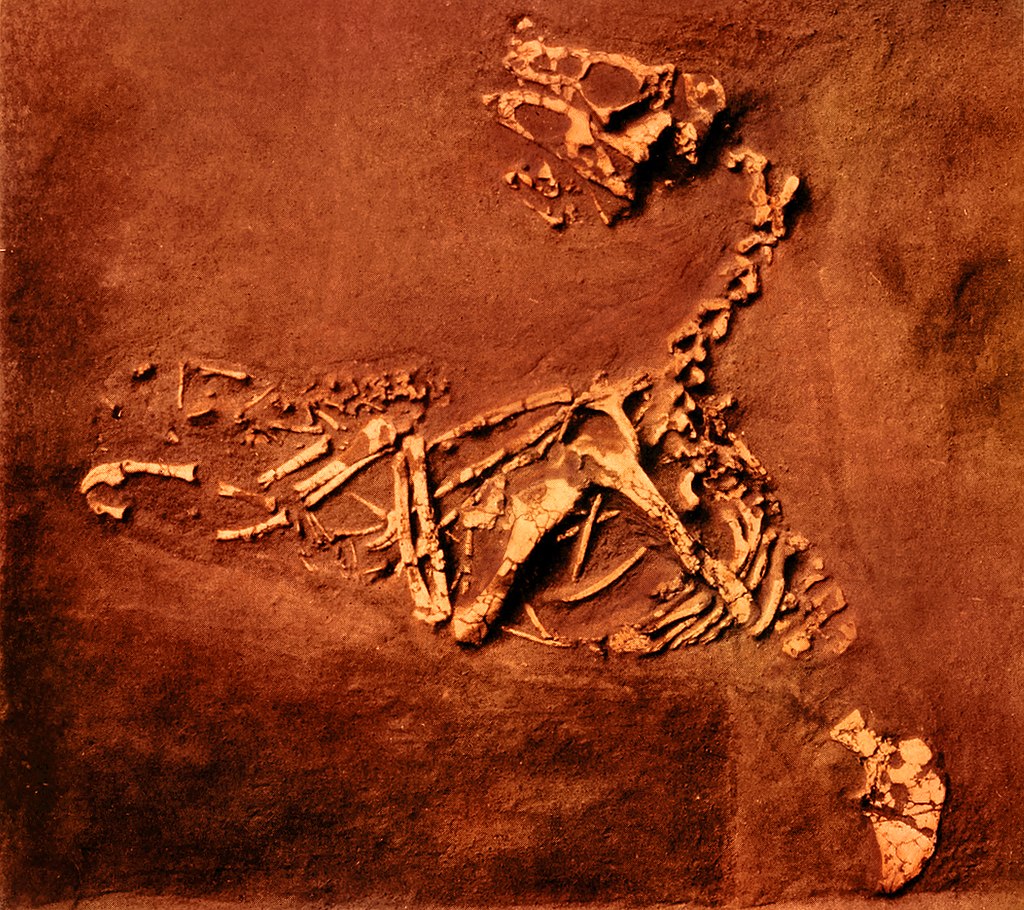 Henry Osborn, the original author of Oviraptor’s descriptions, did not fully understand the initial relationships and assigned them to the Ornithomimidae. Rinchen Barsbold’s re-examinations proved Oviraptor distinct enough to merit a separate family, Oviraptoridae. Oviraptor was initially thought to be an egg-thief and egg-eating dinosaur because of its close association with a dinosaur nest. Numerous oviraptorosaurs have been found in nesting positions, proving that the specimen was not feeding or stealing eggs. Further supporting parental care, it was also reported that remains of a juvenile or nestling were found in conjunction with the holotype specimen.