Oryctodromeus, which means “digging runner”, was a genus small orodromine dinosaur thescelosaurids. Fossils have been found in the Late Cretaceous Blackleaf Formation in southwestern Montana, and the Wayan Formation in southeastern Idaho. They were both from the Cenomanian stage. This is approximately 95 million years ago. Oryctodromeus, a member of the fast-moving herbivorous family Parksosauridae is the first dinosaur to show evidence of burrowing behavior.

Oryctodromeus was initially described as having no ossified tail tendons. The Wayan Formation specimens show thick tendon lattices in some specimens. This could indicate more flexibility in ossified muscles than previously thought. The Blackleaf specimens described adaptations in the jaws and forelimbs and the pelvis. These could have been used to move and manipulate the soil. 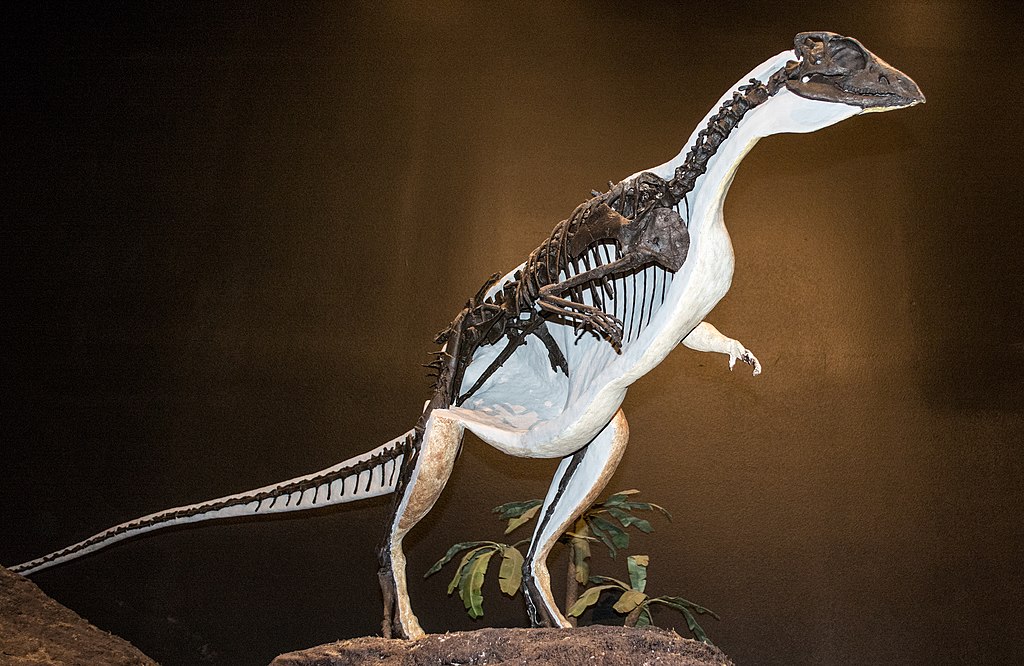 The authors noted that Oryctodromeus only had modest forelimb modifications compared to burrowing animals like moles and echidnas. It was, however, comparable to, but slightly more skilled at digging than other animals that run and burrow, such as aardwolves and cavies, hyenas and rabbits. It could have had a modified forelimb because it was a biped. However, this would not affect its ability to run.

Oryctodromeus was based upon specimens from Blackleaf Formation. MOR 1636a is a partial skull of an adult. It includes the premaxillae (upper-beak); part the braincase; three necks, six backs, seven hips, and twenty­three tail vertebrae. Ribs; the shouldergirdle; an arms (minus the hand); both the tibiae, an incomplete fibula; and an metatarsal. MOR 1636b includes two additional juveniles, each approximately 55-65% in size to MOR 1636a. The Wayan Formation contains many additional partial skeletons.