Found in : USA and Canada

When it Lived : Late Cretaceous, 74-65 million years ago

Ornithomimus is a genus that includes ornithomimid dinosaurs dating back to the Late Cretaceous Period in North America. Ornithomimus is a bipedal, swift-moving theropod that fossil evidence suggests was covered in feathers and had a small toothless mouth. 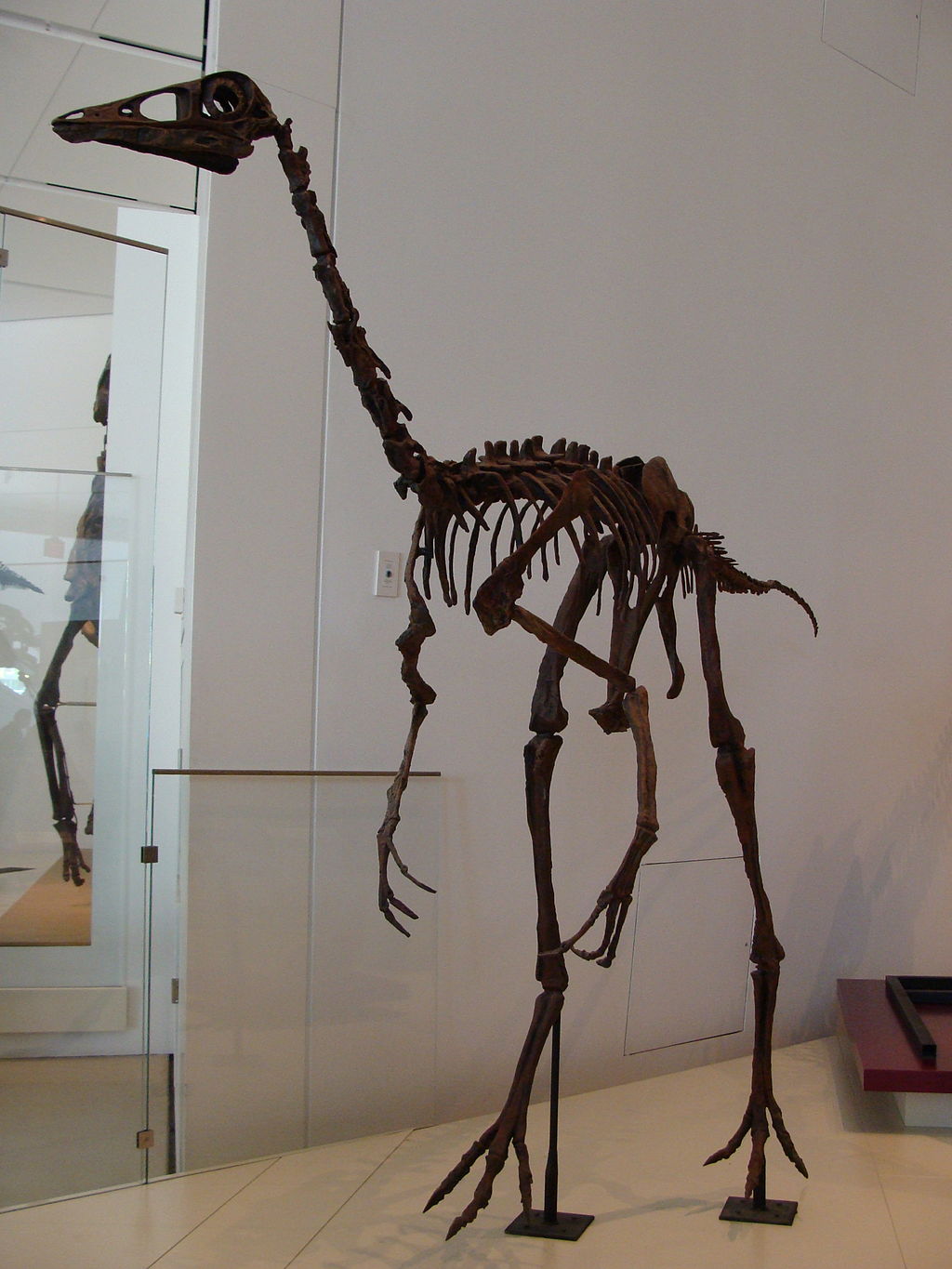 This could indicate an omnivorous diet. It can be divided into two species: Ornithomimus Velox, the type species, and Ornithomimus Edmontonicus, the referred species. O. velox was first named by Othniel Marsh in 1890, based on a foot and part of a hand taken from the Denver Formation, Colorado, United States. There have been seventeen additional species named since then, but most have been assigned to new genera and/or shown not to be directly related to Ornithomimus Velox. O. edmontonicus is the best-known species of this genus. It was discovered in Alberta, Canada. This species is based on skeletons taken from the Maastrichtian Horseshoe Canyon Formation. Ornithomimus can also include specimens and species from other formations, such as Ornithomimus samueli, which is alternatively classified in the genera Dromiceiomimus and Struthiomimus from the Campanian-age Dinosaur National Park Formation of Alberta.