Found in : UK, Isle of Wight

Neovenator, which is an acronym for “new hunter”, refers to a genus carcharodontosaurian dinosaur. It was the largest known large carnivorous dinosaur of the Early Cretaceous period (Hauterivian through Barremian stages), at the time of its discovery, on the Isle of Wight in the United Kingdom. 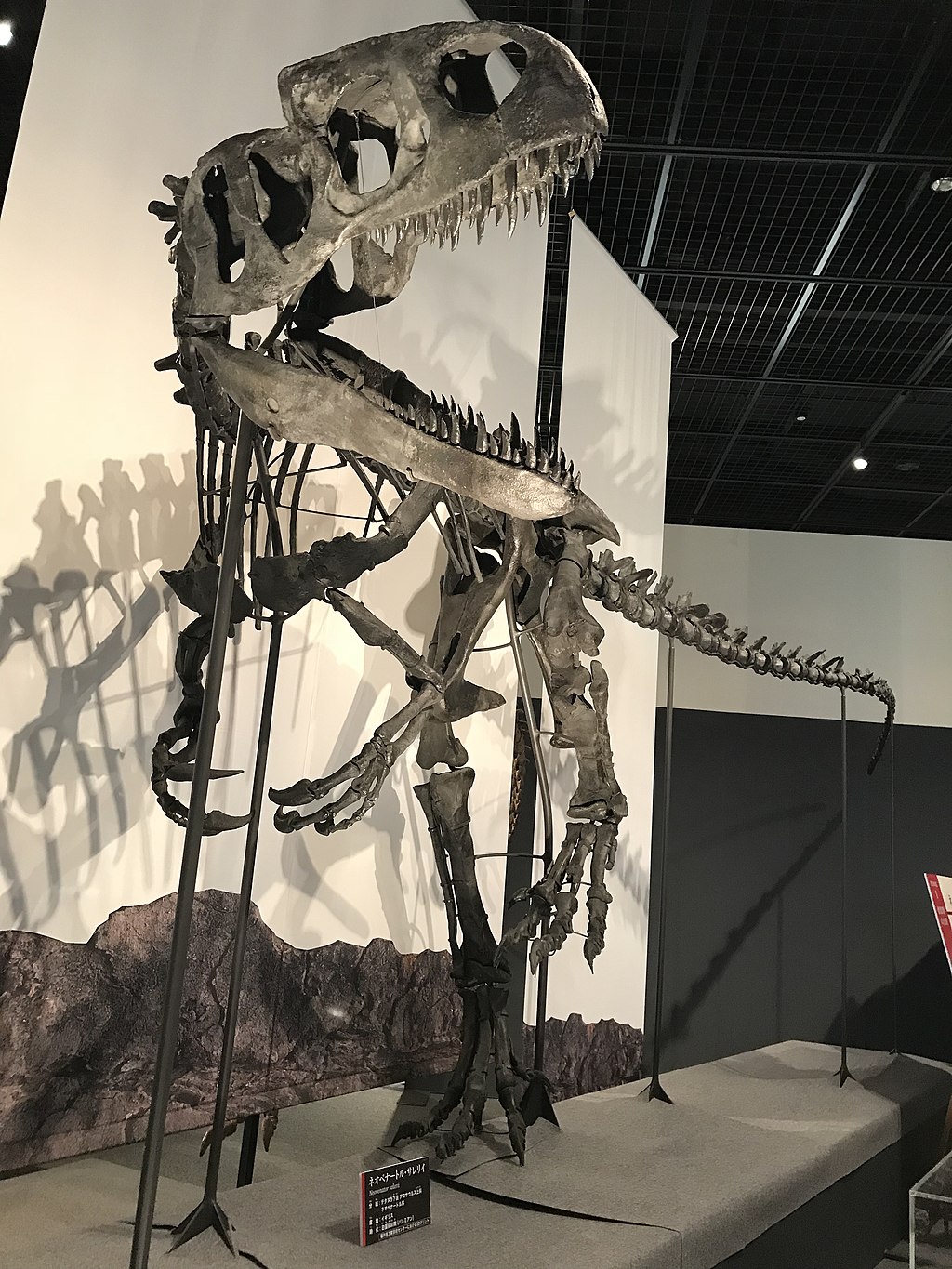 In 1978, the first Neovenator bones were discovered. This was after a storm caused a part of the Grange Chine to collapse. The beach of Brighstone Bay, on the southwest coast of the Isle of Wight, was where fossil-rich rocks fell. They were composed of plant debris, L9, within the variegated marls and clays of the Wessex Formation. The rocks date back to the Barremian stage in the Early Cretaceous about 125 millions years ago. The Henwood family first collected them, followed shortly by David Richards, a geology student. Richards gave the remains to both the Museum of Isle of Wight Geology, and the British Museum of Natural History. Alan Jack Charig, a paleontologist at the British Museum of Natural History, determined that the bones belonged two types of animal. Mantellisaurus was later called “Iguanodon” and the bones were eventually given a separate genus Brighstoneus. The most attention was paid to the bones of the Iguanodon. In the 1980s, BMNH sent a team to collect more. An additional theropod tail verbra was also discovered.

Keith Simmonds and Jenny Simmonds were amateur paleontologists who began searching for more remains of the predator. The total number of secured bones consisted of the snout and teeth, most of the vertebral column, the chevrons, the left shouldergirdle, pelvis bones, and a hindlimb. These bones were accesioned under the numbers BMNH 6348 and MIWG 6348. These represented approximately 70% of the skeleton. Two vertebrae were found in 1985 by Dr. Steve Hutt, MIWG, from an additional individual. Jenny Simmonds discovered a third skeleton in 1987. It contained vertebrae and pelvic bones. The specimen IWCMS 2002.186 is a fourth individual, which includes a lower jaw, vertbrae, and limb elements. Hutt provisionally described the material in 1990, when it was thought to be a new Megalosaurus species. Hutt mistakenly thought the MIWG 6352 ischium was a pubic bone and suggested that this specimen be a distinct species.

Steve Hutt and David Martill, along with Michael Barker, described and named the Neovenator salerii type species in 1996. Neovenator is a generic name that means “new hunter”, derived from the Latin venator and Greek neo. Salerii is the name given to the Salero family, who are the land owners. Due to the many people involved in the discovery process it was not possible to pick one person as the discoverer. The holotype refers to the skeleton accesioned with BMNH R10001 or MIWG 6348.

2012: Teeth that were not distinguishable from the holotype Neovenator’s were discovered in France’s Angeac bone bed, lignitic, dating back to the Barremian.