Monolophosaurus (/,manoU,lafoU’so:r@s/ MON-o-LOF-@-SAWR-@s; meaning “single-crested lizard”) is an extinct genus of tetanuran theropod dinosaur from the Middle Jurassic Shishugou Formation in what is now Xinjiang, China. The skull’s single crest was its reason for being named. Monolophosaurus, a middle-sized theropod measuring approximately 5 metres in length, was about 5 m long. 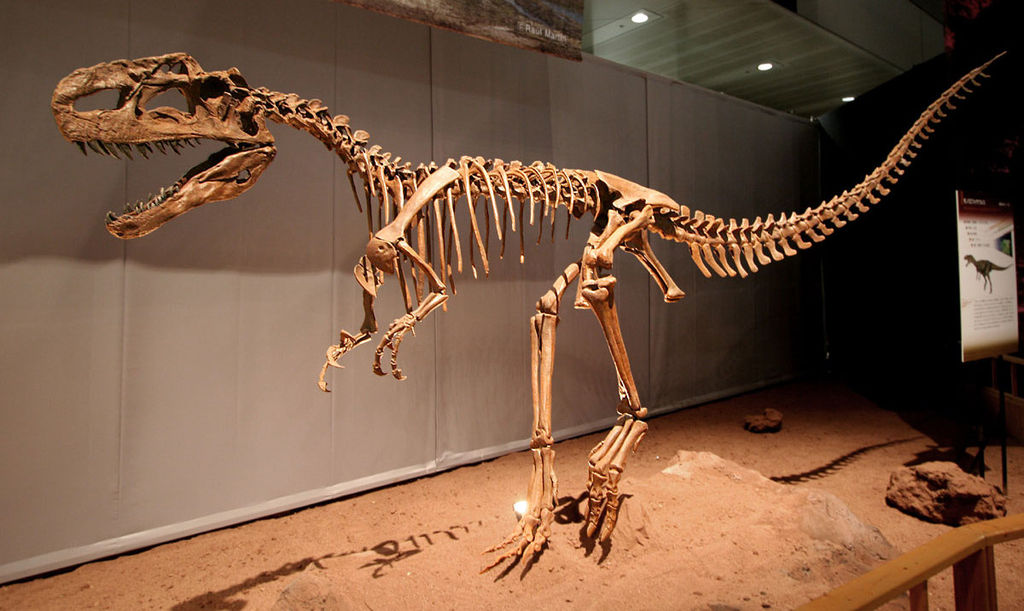 Dong Zhiming discovered a nearly complete skeleton for a new theropod in 1981 during stratigraphic exploration to the benefit of oil industry. It was not discovered until 1984. It was first described in scientific literature in 1987. However, the fossil was not referred to in the media as Jiangjunmiaosaurus. This is an invalid nomen nudum. Dong Zhiming first mentioned it in 1992 as Monolophosaurus Jiangjunmiaoi. Wayne Grady called it Monolophosaurus Dongi in 1993. These names were also without a description, so they were nomina nuda.

Zhao Xijin, Philip John Currie and the Type species Monolophosaurus jiangi were named and described by them in 1993/1994. The Greek monos, monos is the name of the generic species. It refers to the single crest at the snout. Jiangjunmiao is the desert inn where the fossil was discovered. Jiangjunmiao is “the temple (miao), of the general (jiangjun); local legend says that a general was buried there.

In layers of the Wucaiwan Formation, the Junggar Basin contained the holotype IVPP84019. It was found in the Bathonian–Callovian. It includes the skull, lower jaws and vertebral column. The tail’s rear, shoulder girdle, and limbs are missing. It is an adult or subadult specimen. To be used as a traveling exhibit, the type specimen was plastered. The left side of the specimen was covered in foam, which hindered further study. To create complete skeletal mounts, a reconstruction of the missing parts was done. Stephen Brusatte and colleagues redescribed in detail the holotype in 2010 through two studies.

Thomas Carr suggested in 2006 that Guanlong was a Subadult Monolophosaurus individual. Guanlong was usually considered to be a proceratosaurid, tyrannosauroid. However, Carr had done an analysis and found that both Guanlong specimens were clustered together. Gregory S. Paul changed Guanlong’s name to Monolophosaurus wucaii in 2010, more conservatively, as he believed the taxa might be related. In 2010, Brusatte e.a. The identity was rejected by Brusatte e.a.