When it Lived : Late Cretaceous, 71-65 million years ago

Magyarosaurus, also known as Magyar lizard, is a genus that includes dwarf sauropod dinosaurs from the late Cretaceous Period (early-to-late Maastrichtian), in Romania. It measures only six meters long and is one of the most well-known adult sauropods. Magyarosaurus Dacus is the type species. In 2005, a study revealed that it is a close relative to Rapetosaurus in Saltasauridae’s sauropod-clade Titanosauria. 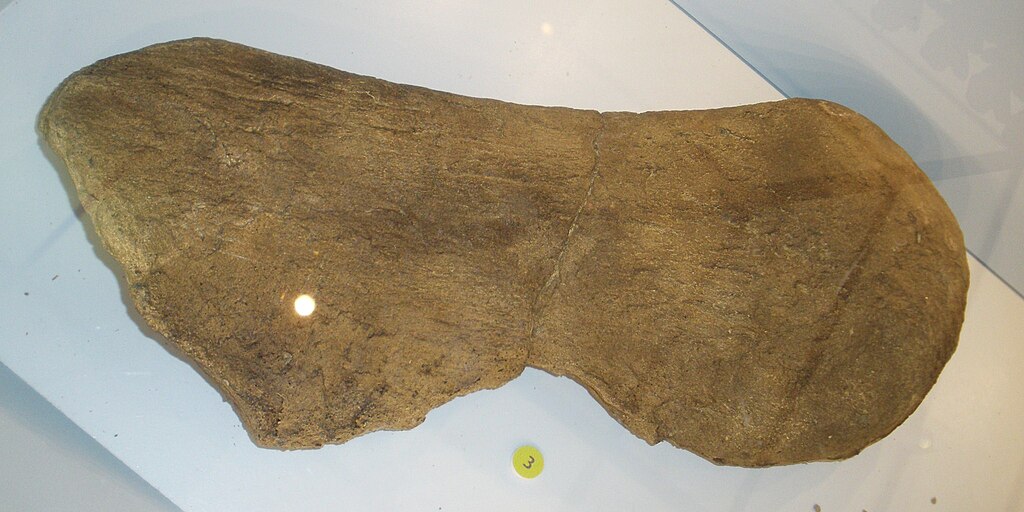 Codrea et. al. referred to the genera as a distal caudal vertebrae. (2008). Because it has transitional characteristics, it was likely to have come from the middle of the tail. The neural arch was probably removed from the tail by repositioning the vertebrae. Its centrum measures 105 millimetres (4.14 in) in length. Both sides of the vertebrae that would have allowed it to articulate were severely damaged. Magyarosaurus is the one who has been assigned it. This is due to the fact that there are no other sauropods from the same region as Magyarosaurus, and because it is situated between the two vertebrae.

At least ten remains belonging to individuals were found in the Hunedoara area (Sanpetru Formation), which is now part of western Romania. It was once Hungary at the time they were discovered. Initialy they were called Titanosaurus Dacus by Baron Nopcsa, the name being a reference to the Dacians who lived there around 2000 years ago. Nopcsa had been collecting fossils from the area since 1895. Friedrich von Huene later renamed the species Magyarosaurus Dacus in 1932. Von Huene also named M. transsylvanicus and M. hungaricus two additional species. Larger, rarer M. hungaricus may represent a distinct taxon.

The holotype, BMNHR.3861a, consists mainly of a collection of vertebrae. Many other bones were also found, including caudal vertebrae and dorsals as well as elements of the appendicular bone skeleton. There are no known remains of skulls. One hundred and fourteen fossil eggs have been discovered, which were attributed to Magyarosaurus.

Rapa Rosie, near Sebes on the southwestern end of the Transylvanian Basin, has been the site of paleontology investigations. These investigations began in 1969. In earlier investigations, bones from Dinosaurs were also reported. Based on the investigations carried out by Codrea and Dica in 2005, they have assigned the age of these formations to the Maastrichtian-Miocene age (also conjectured as of Eggenburgian-Ottnangian age). One of the rare fossils discovered here is also a vertebrat, and it’s a sauropod caudal verbra. The Rapa Rosie studies have led to the conclusion that this is the only known sauropod genera in the Cretaceous Maastrichtian formations of Romania. This could also be called Magyarosaurus.