Lophorhothon, a genus hadrosauroid dinosaur from Late Cretaceous is the first genus discovered in Alabama in the United States. 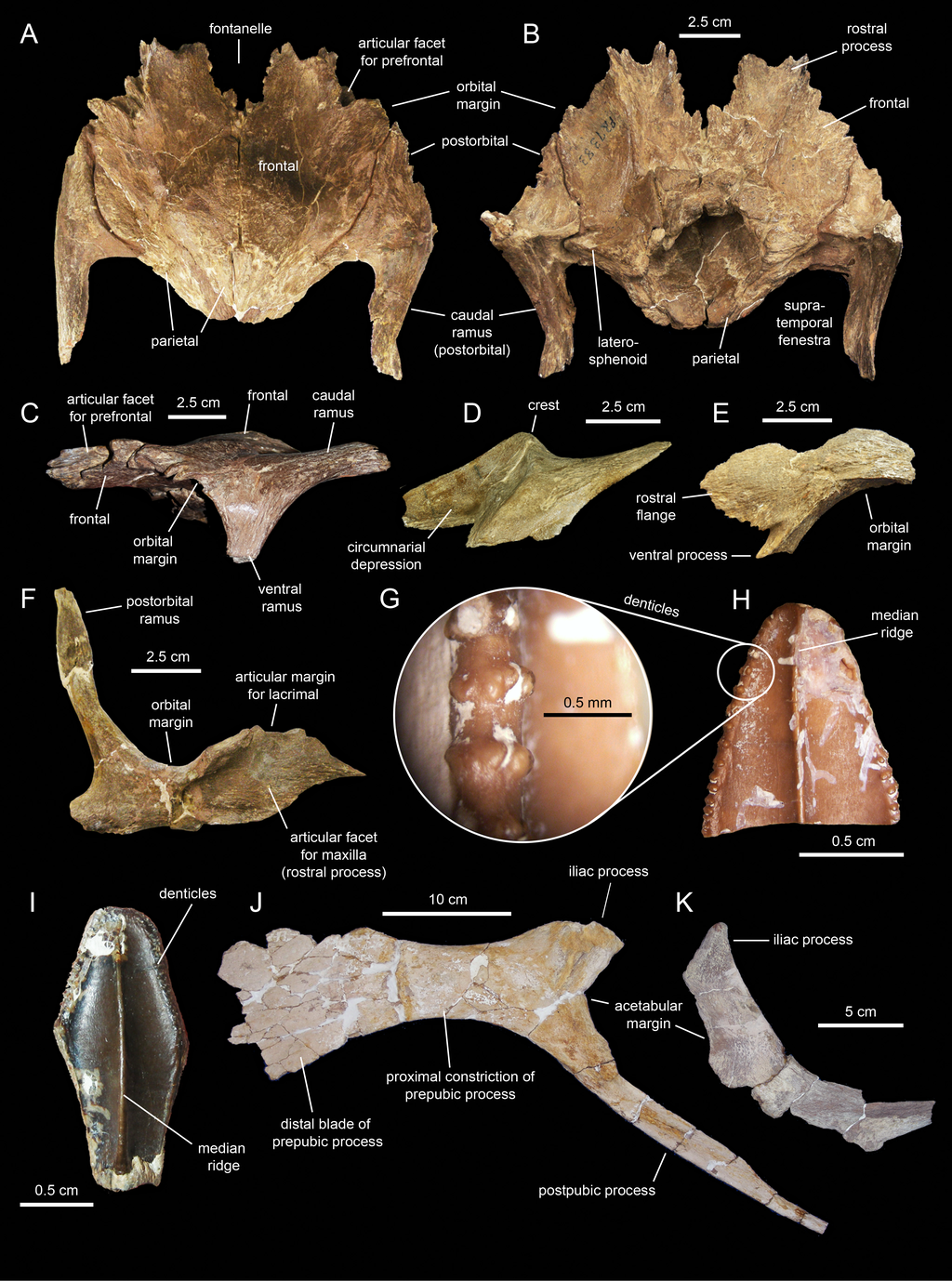 The remains of this small saurolophine dinosaur, possibly a saurolophine, were discovered in the 1940s from the Mooreville Chalk Formation (Selma Group, lower and middle Campanian), west of Selma, Alabama. Since then, the taxon was also reported from North Carolina’s Black Creek Formation (Campanian). The Field Museum in Chicago has the holotype. It consists of a disarticulated and fragmentary skull as well as an incomplete postcranial structure. The holotype specimen measures 4.5m (14 ft 9in) in length. Wann Langston named the genus in 1960. It was believed to be the only species from this fossil formation of hadrosaurs, until 2016, when Eotrachodon Orientalis, a primitive hadrosaur was discovered. Lophorhothon is a Greek word meaning “crested nose”. (Greek lophos means ‘crested’, and rhothon mean ‘nose’). Lophorhothon atopus is the type species. The Greek atopos (uncommon or strange) is the source of the specific name.

Langston identified the holotype as the specimen discovered by Rainier Zangerl and Bill Turnbull on a Field Museum expedition. It was given catalog number FMNH P 27383. It contains less than half the skull, several vertebrae and significant portions the fore-, and hindlimbs. A partial quadrate, left maxilla and teeth are preserved as cranial material. It is likely that the specimen was washed into the sea by a river. Then it sank and was buried under the silty carbonate sediments in the Mississippi embayment.

A more complete specimen was found in Alabama in 2021.