Lesothosaurus, a genus that includes omnivorous ornithischian dinosaurs, lived in the Early Jurassic of South Africa and Lesotho. Peter Galton, a paleontologist, named it in 1978. The name means “lizard of Lesotho”. Only one species is recognized in the genus, Lesothosaurus diagnosticus. 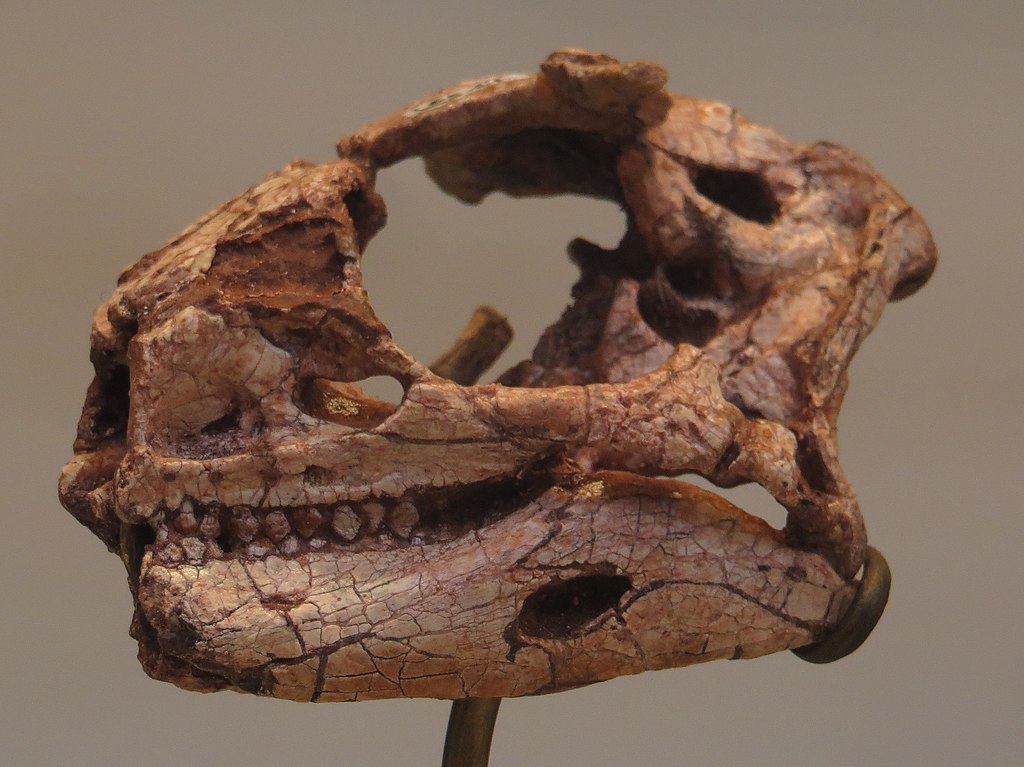 Lesothosaurus, a bipedal omnivore of 2 meters (6.6 feet) in length, was discovered in the late 19th century. It was among the first ornithischians. Its long, slender legs and small arms, with hands that were too weak to grasp properly, and its slender tail indicate that it was a quick runner. The tips of Lesothosaurus’ upper and lower jaws formed a beak-like structure, much like other ornithischians. The jaws were lined with leaf-shaped teeth. 12 fang-like teeth were located near the front. Analyzing its teeth revealed that Lesothosaurus was unable to chew its food because it sliced its food with its beak. The tooth wear has shown less damage than one would expect from a plant-eater who eats mainly tough, arid-climate species. This led to the conclusion that Lesothosaurus was likely an omnivore who ate small animals when they were scarce.

Lesothosaurus’ small skull was flat and short, with large eye sockets. It had large cavities to accommodate the jaw muscles and eye sockets. It had a pointed, short snout and the lower jaw could have been shaped like a beak. It had sharply shaped teeth with grooved edges. The skull was attached to a flexible, but short neck.

The Upper Elliot Formation’s discovery of Lesothosaurus suggests that the early ornithischian dinosaur might have lived in groups.