Juravenator, a small genus of coelurosaurian dinosaurs measuring 75 cm in length, was found in the Franconian Jura of Germany. It lived around 151 to 152 million years ago. One juvenile specimen is all that we have. 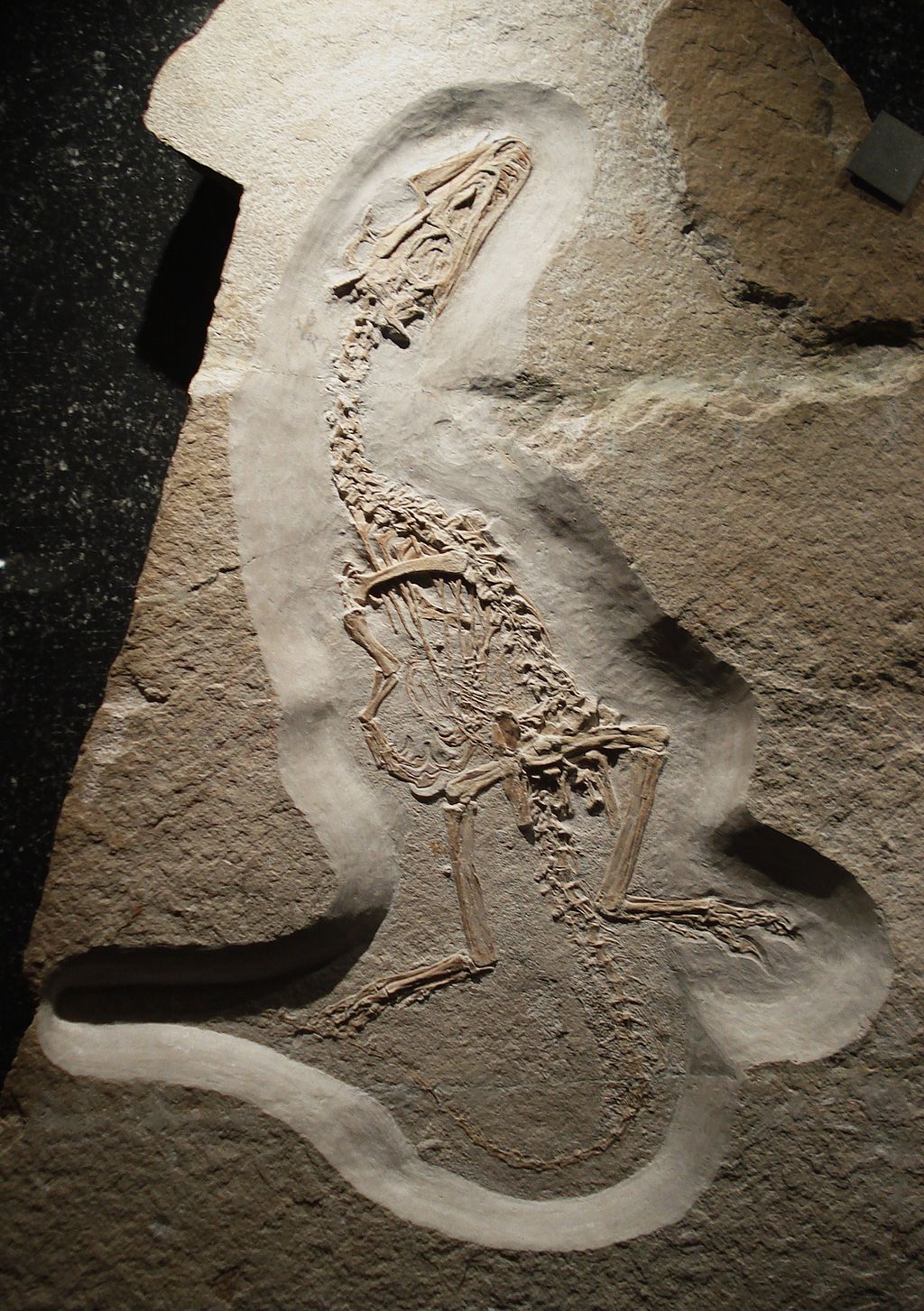 Juravenator was a small bipedal prey. Juravenator’s holotype is a juvenile, measuring approximately seventy-five cm in length. Gohlich identified some diagnostic characteristics in 2006 and 2010. The serrations at the top third of the back edge was the tooth crown’s upper third, and the four premaxilla teeth were located in front of the snout. There was no hiatus between the maxilla’s tooth row and the premaxilla’s tooth row. There were only eight maxillary teeth with the holotype, and there were very few. The fenestra antiorbitalis (or depression) was long and extended to the front. The humerus was quite short. The claws of the hands were very high at the base and then suddenly narrowed in the middle. Bow-shaped zygapophyses were found in the middle tail.

Juravenator was initially classified as a Compsognathidae member, making it a close relative to Compsognathus. The tail of one specimen preserved scales. However, there are fossils of scales from Sinosauropteryx. A patch of Juravenator skin that was fossilized (from the tail between the eighth- and twenty-second vertebrae and the lower hind leg), shows both normal dinosaur scales and traces of simple feathers. In his initial comments to the Nature journal article, Xu Xing suggested that Juravenator’s tail might have scales. This could indicate that early feathered dinosaurs had a more varied feather coat than modern birds. Xu also questioned Juravenator’s classification as a compsognathid. He suggested that the large scaly hide might be a primitive trait. Xu believed that Juravenator and other primitive feathered dinosaurs had more extensive scales than modern birds. Modern birds have only the feet.

Further study of Juravenator fossils supported Xu’s interpretation. A second follow-up study was done to confirm the original description. It revealed faint impressions of filamentous structures along the tail and hips. Helmut Tischlinger published a more detailed study in 2010. This included examination of the specimen in ultraviolet light. Under UV light, the specimen was covered in filament-like structures that were similar to primitive feathers from other compsognathids like Sinosauropteryx. Additional soft tissue was also found on the snout, the lower leg and between the chevrons at the tail vertebrae.

Foth et al. Foth et al. (2020) interpreted purported scales preserved in the holotype specimen J. starki to be remains of an adipocere. This could have indicated the presence of a fat-body.

The Jura-Museum Eichstatt organized a paleontological expedition in 1998 to Schamhaupten’s chalk quarry. Two volunteers, Klaus-Dieter Weiss (his brother Hans-Joachim Weiss), discovered a chalk plate containing clear vertebrate remains. The first preparation revealed the head of a small theropod. The hard calcium silicate matrix had to be removed slowly and cost-intensive due to the fragility of the bones. A CT scan of the fossil was done to determine if it was worth proceeding. The CT scan revealed that the neck and only a small portion of the rump had been removed. Therefore, the preparation was stopped. Gunther Viohl published the 1999 find in scientific literature. The fossil was well-known by 2001. Gunther Viohl published the scientific literature about the find. Martina Kolbl Ebert, who was then the museum’s new director, decided to complete the preparation. Pino Volkl, the preparator, discovered that nearly the entire skeleton was there after seven hundred hours of uncovering the bones.

Ursula Gohlich, Luis Chiappe and Luis Chiappe described the type species Juravenator starki in 2006. The name Jura Mountains and Latin venator (hunter) are the basis of the generic name. The quarry’s owners, the Stark family are the ones whose name is the specific.

JME Sch 200 was the holotype. It was found in Malm Epsilon 2, which is a marl layer from the Painten Formation, and it is approximately 151 to 150 million years old. The bones were not separated further as the specimen landed on its stomach on the seafloor. The fossil is composed of an articulated skeleton and skull of a juvenile. The tail end is the only thing missing. There are small remnants of soft parts or impressions in some areas. This fossil is the largest non-avian specimen ever found in Europe.

What Was the First Dinosaur Discovered ?