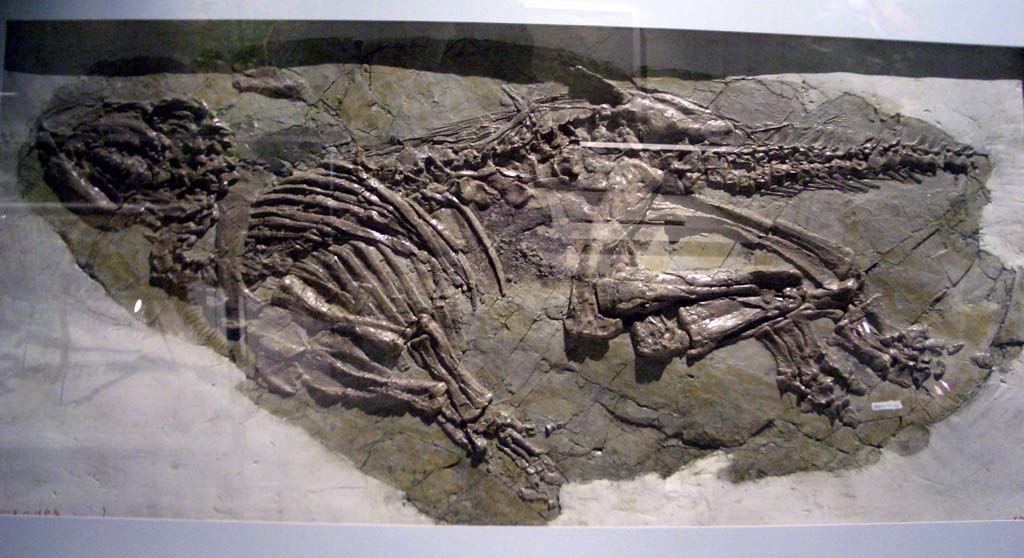 Its fossil, holotype IVPPV12691, was discovered near Baicaigou, Yixian County, in the Dawangzhangzi beds of the Yixian Formation, Liaoning. It has an oldest determinable age, of 122 millions years, and was discovered during the early Aptian stage, early Cretaceous Period. It is composed of a nearly complete skull, which was compressed onto a slab.

Jinzhousaurus measures approximately 7m (23ft) in length and has a skull that is half a meter long. The snout of Jinzhousaurus was long and elongated, with large nares. It did not have an antorbital finestra. The skull’s back was unusually large with a small crest at the top. The lower jaw’s dentary has at most seventeen positions for teeth.