When it Lived : Late Triassic, 228 million years ago

Herrerasaurus was a genus saurischian dinosaur that lived in the Late Triassic period. This genus is one of the oldest dinosaurs in the fossil record. It is named “Herrera’s lizard” after the rancher who found the first specimen in South America in 1958. The Ischigualasto Formation, Carnian age (late Triassic according the ICS) was the location of all known fossils. It is located in northwestern Argentina. Osvaldo Righ in 1963 described Herrerasaurus Ischigualastensis as the type species. It is the only species that has been assigned to this genus. Frenguellisaurus and Ischisaurus are synonyms. 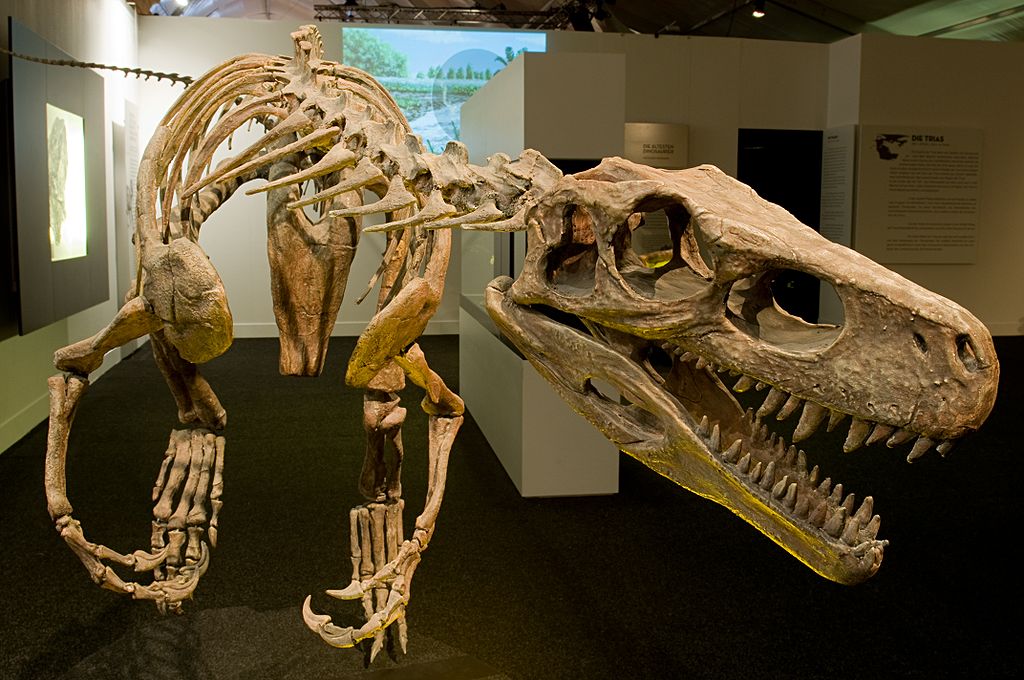 The classification of Herrerasaurus has been a mystery for many years because only fragmentary remains were available. It was hypothesized that it might be a basal theropod or a basal salamomorph, or a basal archosaur, but not a dinosaur. Herrerasaurus was reclassified as an early saurischian by most of the phylogenies relating to the origin and evolution of dinosaurs after the 1988 discovery of a complete skeleton.

It is a member the Herrerasauridae family, which includes similar genera and was among the first to experience the evolutionary radiation of dinosaurian evolution. 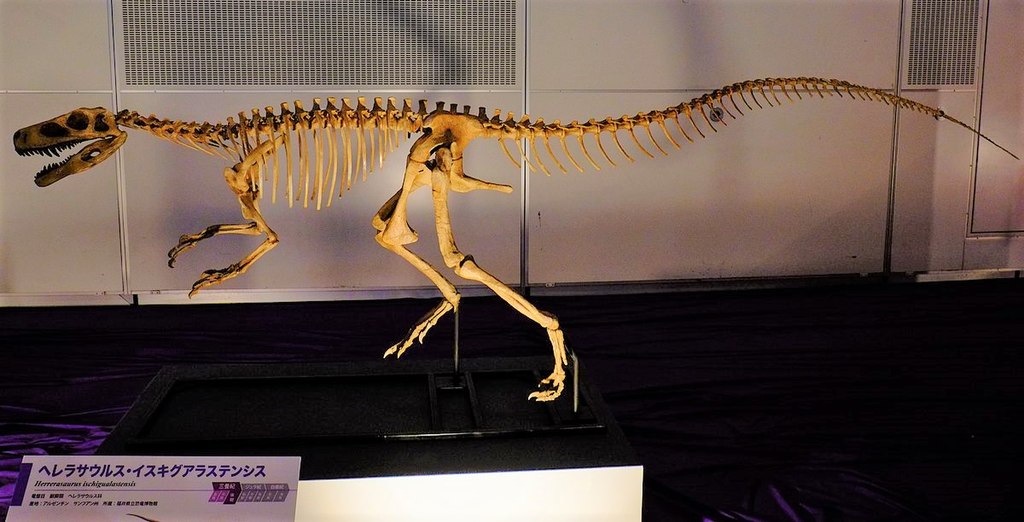 Osvaldo REIG, a paleontologist, named Herrerasaurus after Victorino Herrera. He was an Andean goatherd who discovered its fossils in outcrops close to San Juan, Argentina, in 1959. These rocks, later containing Eoraptor were part of the Ischigualasto Formation. They date back to the Late Triassic stage from the late Ladinian through early Carnian periods. Reig also named Herrerasaurus a second dinosaur using these rocks. This dinosaur, Ischisaurus Cattoi, was now considered a junior synonym as well as a juvenile Herrerasaurus.

Reig believed Herrerasaurus to be an early example of carnosaur. However, this topic was the subject of much discussion over the next 30 year. The genus was also classified in various ways during that period. Steel classed Herrerasaurus a prosauropod in 1970. Peter Galton in 1972 classified the genus Herrerasaurus as not diagnosable beyond Saurischia. Later, researchers used cladistic analysis to place Herrerasaurus, Staurikosaurus, at the base the dinosaur tree, before the division between saurischians and ornithischians. Many researchers classified the remains to be non-dinosaurian.

Paul Sereno, a paleontologist led by Paul Sereno, discovered a complete Herrerasaurus skull in 1988. Jose Bonaparte and Thomas Holtz both classified Herrerasaurus as the base of the Saurischian tree, before the divergence among prosauropods from theropods. Sereno preferred classifying Herrerasaurus and the Herrerasauridae as primitive theropods. These classifications are the most popular. Rauhut (2003), Bittencourt, and Kellner (2004) favour the early theropod hypothesis. Langer, Langer, and Benton (2006) favor the basal, saurischian hypothesis. Randall Irmis (2007) and his coauthors (2007) prefer the latter. Herrerasaurus could have been a theropod if it was. This would mean that sauropodomorphs and theropodomorphs diverged earlier than herrerasaurids and that all three lineages evolved dinosaurian features such as an advanced ankle joint and open acetabulum. Further support for this view can be found in ichnological records that show large tridactyl footprints (three-toed), which can only be attributed to a theropod dinosaur. These footprints are from Argentina’s early Carnian Los Rastros Formation, which dates back several million years before Herrerasaurus.

Eoraptor and Herrerasaurus are examples of early dinosaurs that have important implications for the idea of dinosaurs being a monophyletic (a group descended form a common ancestral species). Robert T. Bakker and Galton, who compiled a list cranial-postcranial synapomorphies (common anatomical characteristics derived from the common ancestor) explicitly suggested the monophyly in the 1970s. Later authors added synapomorphies. Sereno’s 1992 extensive study of Herrerasaurus revealed that only one of the proposed synapomorphies and seven of its postcranial features were actually derived form a common ancestor. The rest were due to convergent evolutionary processes. Sereno’s analysis on Herrerasaurus led him to suggest several new dinosaurian synonymies.