When it Lived : Early Cretaceous, 127-99 million years ago 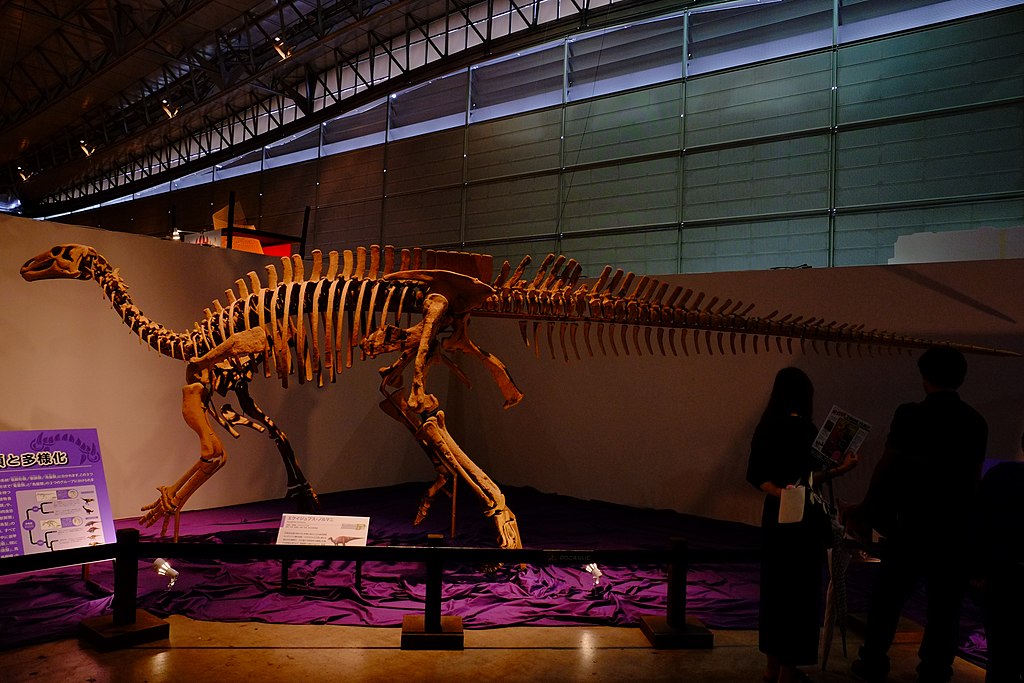 In the summer 2000, the only known specimen of the species was discovered by a Chinese-American expedition to the Mazong Shan (= “horsemane”) Shan region of China’s Gansu Province. You Hialu described and named the Equijubus normani species in a 2002 dissertation. Latin equus (horse) and juba (mane) are the two words that gave rise to the generic name. In honour of David B. Norman, a British paleontologist, the specific epithet “normani”, is used. But, such a nomen exc dissertatione is not valid.

In 2003, the type species Equijubus normani, was officially named in an article written by You, Luo Zhexi and Neil Shubin.

IVPP V12534 is the type specimen. It consists of a complete skull, with articulated (attached), lower jaws and associated incomplete postcrania. It was discovered in fluvio-lacustrine sediments from the Xinminpu Unit, Mazong Shan (Gansu Province), China.

Wu, You, & Li (2018) reported grass microfossils taken from Equijubus normani. These were, at the time of their description, the oldest known grass fossils and could be the oldest evidence of a dinosaur eating grasses. This suggests that the animal was probably a grazer.

Equijubus is a large euornithopod. Gregory S. Paul estimated that the Equijubus was seven metres long and weighed 2.5 tonnes. The absence of a palpebral bone suggests that the eyes are not overshadowed by a higher rim, as is the case with many closely related species.