Deltadromeus (meaning “delta runner”) is a genus belonging to theropod dinosaurs from Northern Africa. It was large, with slim hind limbs for its size, indicating this was probably a fast runner. The skull isn’t known. A fossilized specimen of one species (D. Agilis, also known as “agile delta runner”) is described. It was found inside the Kem-Kem beds, that date back to the Cretaceous Period (mid-Cenomanian time) around 1.5 million years prior to. It is possible that it was a junior synonym of contemporaneous Bahariasaurus. This classification has changed since the first description. In 2016 an South American theropod known as Gualicho shinyae was discovered to share many characteristics with Deltadromeus. Based on the phylogenetic location of Gualicho Deltadromeus could be a carnosaur neovenatorid as well as a tyrannosauroid or an elurosaur basal if its close kinship with Gualicho is true. Others have considered it as a ceratosaurian and more specifically, being a member of the family Noasauridae. 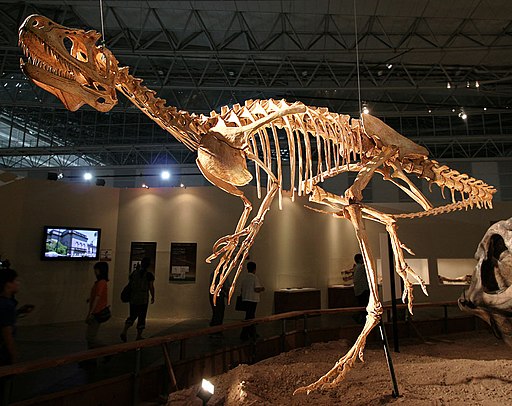 The holotype for Deltadromeus agilis (museum catalog number SGM -Din2) is a skeleton fragment of a creature that was estimated to be 8 meters (26 feet) in length. In weight, the animal was thought to be around 1,050 kilograms, which is slightly larger than the imperial ton.

Some of the examples (catalogued as IPHG 1912, VIII) were initially thought to be by Ernst Stromer to be conspecific with Bahariasaurus However, they were then attributed to the Deltadromeus species by Paul Sereno in 1996. They were thought to have come from a larger animal and had the Femur (upper the leg bones) in length 1.22 meters (4 feet) in comparison to 0.74-metre-long (2.4 inches) one of the holotype’s femurs. The specimens that were referred to were, if they were properly assigned to Deltadromeus could have suggested that people belonging to this genus can reach 12.2 meters (40 feet) to length. This is which is approximately the same size as the Tyrannosaurus rex. However, the attribution of the pubes, coracoid and hindlimb materials catalogued as part of IPHG 1912 VIII to Deltadromeus is in doubt because the remains were found in different places and horizons within the Bahariya Formation and, in reality, have distinct differences from the Holotype of the Deltadromeus.