Caudipteryx (which refers to “tail feather”) is an genus of peacock-sized dinosaurs that lived during the Aptian period of earlier Cretaceous Period (about 124.6 million years ago). They were feathered and bird-like in their appearance in such a way that some paleontologists believe it was actually a bird. There are two species identified; C. zoui (the the species that is most commonly used) in 1998, as well as C. dongi, in 2000. 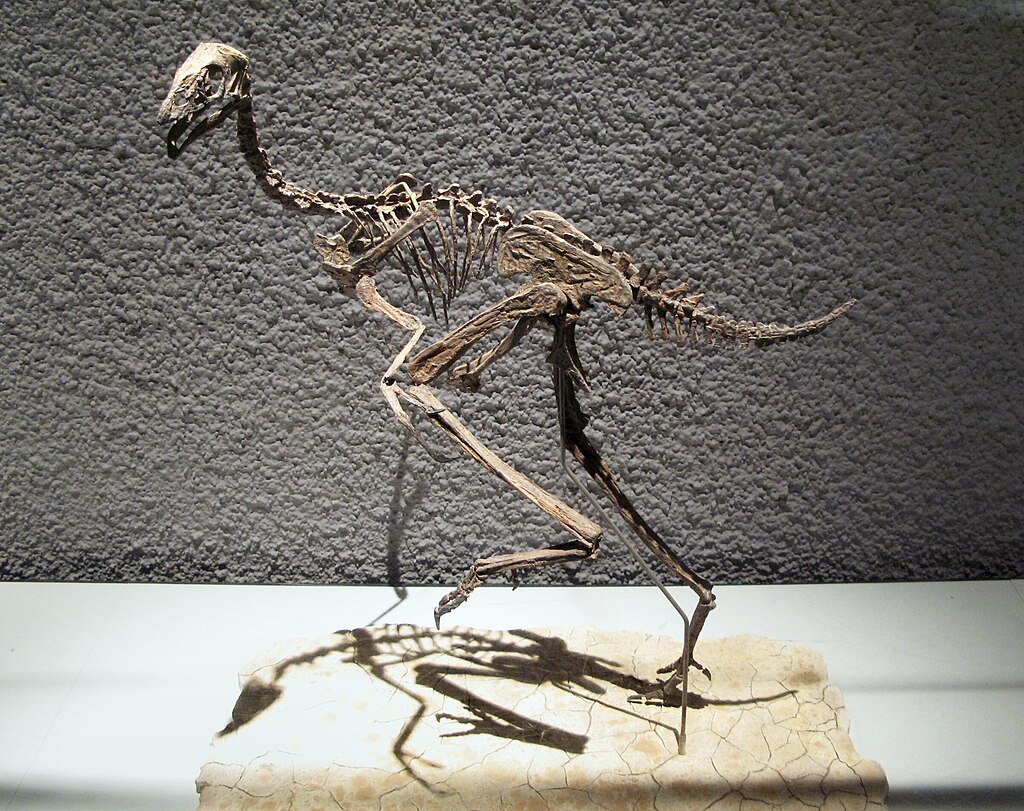 Caudipteryx fossils are first found within the Yixian Formation of the Sihetun region located in Liaoning Province, northeastern China in 1997.

Caudipteryx like other maniraptorans, is an intriguing mix of bird- and reptile-like anatomical characteristics.

Caudipteryx was a small skull that was boxy and had an snout shaped like a beak that held just a few of the tapered teeth on the upper part of the jaw. It was a muscular body, long legs, and likely was a fast running.

Caudipteryx has a tail that is short and which is stiff towards the tip with a few vertebrae, similar to the oviraptorosaurs and birds. It is a primitive pelvis and shoulder, as well as skulls that are primitive, as seen in the squamosal, quadratojugal the quadrate, jugal, as well as the mandibular bone fenestra (in the jaw, cheek along with the jaw joints). It also has an ossuary hand with the third finger being smaller, similar to the primitive bird along with the human oviraptorid Heyuannia.

Caudipteryx was known to have uncinate processes in the ribs and teeth, a birdlike appearance as well as a toe with a first one that could be reversed in part, and body proportions overall similar to modern flightless birds. In 2016, Caudipteryx Zoui was measured at 78cm (2.5 feet) in length and 2.2 kg (4.8 pounds) and Caudipteryx dongi was slightly bigger at 80cm (2.6 feet) as well as 2.3 kg (5 5 kg).