Brachyceratops (‘short haired facial’) is a dubious genus of ceratopsian dinosaurs that is only known from fragments of juvenile specimens that date from the end of Cretaceous Period of Montana, United States.

Brachyceratops is known historically from the remains of juveniles, with one specimen later classified as Rubeosaurus ovatus.

Brachyceratops montanensis, which is the most common species, was identified in Two Medicine Formation (Campanian, approximately 75 millions years old) located on the Blackfoot Indian Reservation in Teton County in north-central Montana. The first discovery was discovered in the month of August 1913, by C. W. Gilmore and his assistant J. Floyd Strayer and was described and named by Gilmore the following year. The generic name comes from Greek brakhus, brakys, “short”, Greek the word keras is “horn” and Greek:”ops”, the word translates to “face”, in reference to the snout’s shorter length. The name specifically refers to the origins of Montana. 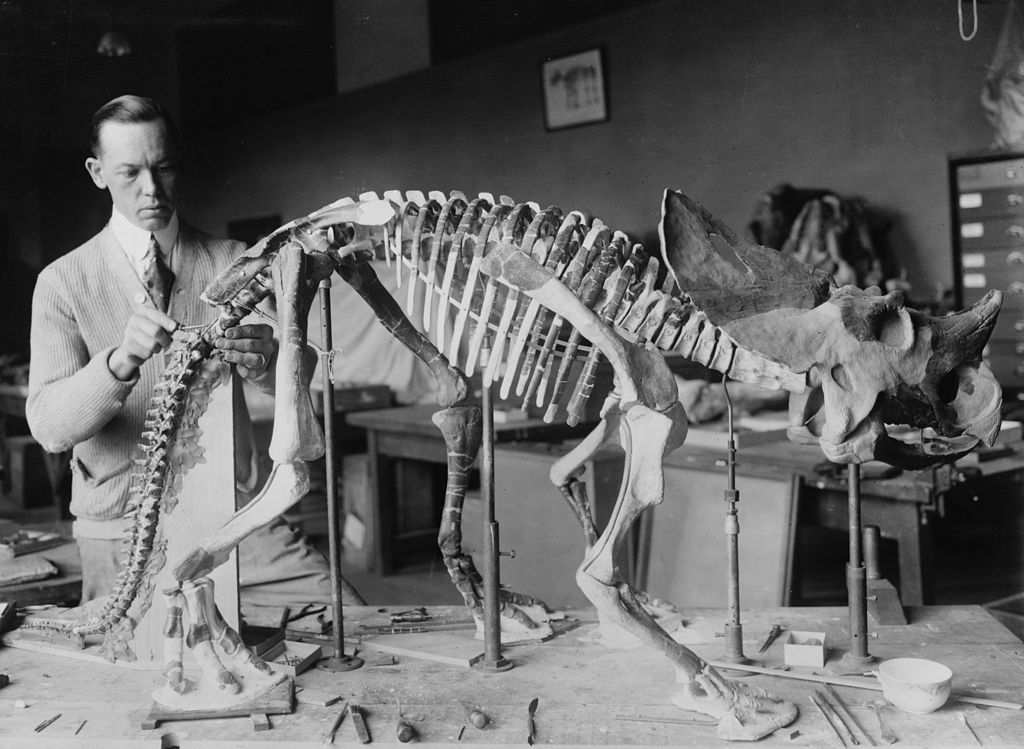 The only thing that was discovered was jumbled and incomplete remains of five juveniles with a length of around 1.5 meters (5 feet) in length. There is speculation that the juveniles could be nest mates who continued to be together following hatching. The Holotype specimen is USNM which is a skull fragment. The paratypes include USNM 7952 with a snout USNM 7953, a fragmentary skull skeleton and USNM 7957 which is a foot. The fragments are disarticulated, but it is preserved to an excellent standard. In 1917, Gilmore wrote a monograph about Brachyceratops where an image of the entire skeleton was provided.

In 1939, Gilmore made a reference to a bigger subadult specimen, USNM14765, to Brachyceratops. All of the specimens are in the collection of the Smithsonian Institution in Washington D.C. and the skeletal restoration is displayed.

As Brachyceratops is only known through evidence of the five young onesand the subadult Gilmore discovered just 1 mile from the initial specimens was thought for some time that they were the mature forms of the known centrosaurine ceratopsians. Monoclonius was often being regarded as the most probable possible candidate. In 2011, however, a number of studies had revealed that only one specimen was old sufficient to allow comparison to similar species, USNM 14765 is an infant form of later named Rubeosaurus.

Of those five specimens that were found,, fragments from three skulls have been found and separated from their owner’s body and shattered. However, the skull revealed that the animal was only sporting small bumps around the eyes instead of full-grown horns, as those of the famous ceratopsians like Triceratops. Its nasal horn was large and low, while the neck frill was moderately big. The specimens, however, were not complete and therefore, it is not possible to know whether there were any parietal openings in the frill , as other ceratopsians were found to have.