When it Lived : Early Cretaceous, 121-97 million years ago

Atlascopcosaurus (/,aetl@s,kapk@’so:r@s/) is a genus of herbivorous basal iguanodont dinosaur from the Early Cretaceous of the present Australia.

The specimen of the type NMV P166409 was discovered during 1984 on the Dinosaur Cove East site at the shores of Victoria located in layerings from the Eumeralla Formation which dates back to the early Cretaceous Aptian-Albian. The holotype is comprised of the upper jawand a maxilla that is partially which has teeth. The other specimens contain teeth, another maxilla and dentaries. While the rest of the skeleton remains unidentified, it is inferred through closely-related species that the genus is an herbivore that is small in size. Based on extrapolation, it was believed that the skeleton was two-three metres (6.5-10 feet) long and weighed about 130 kg. 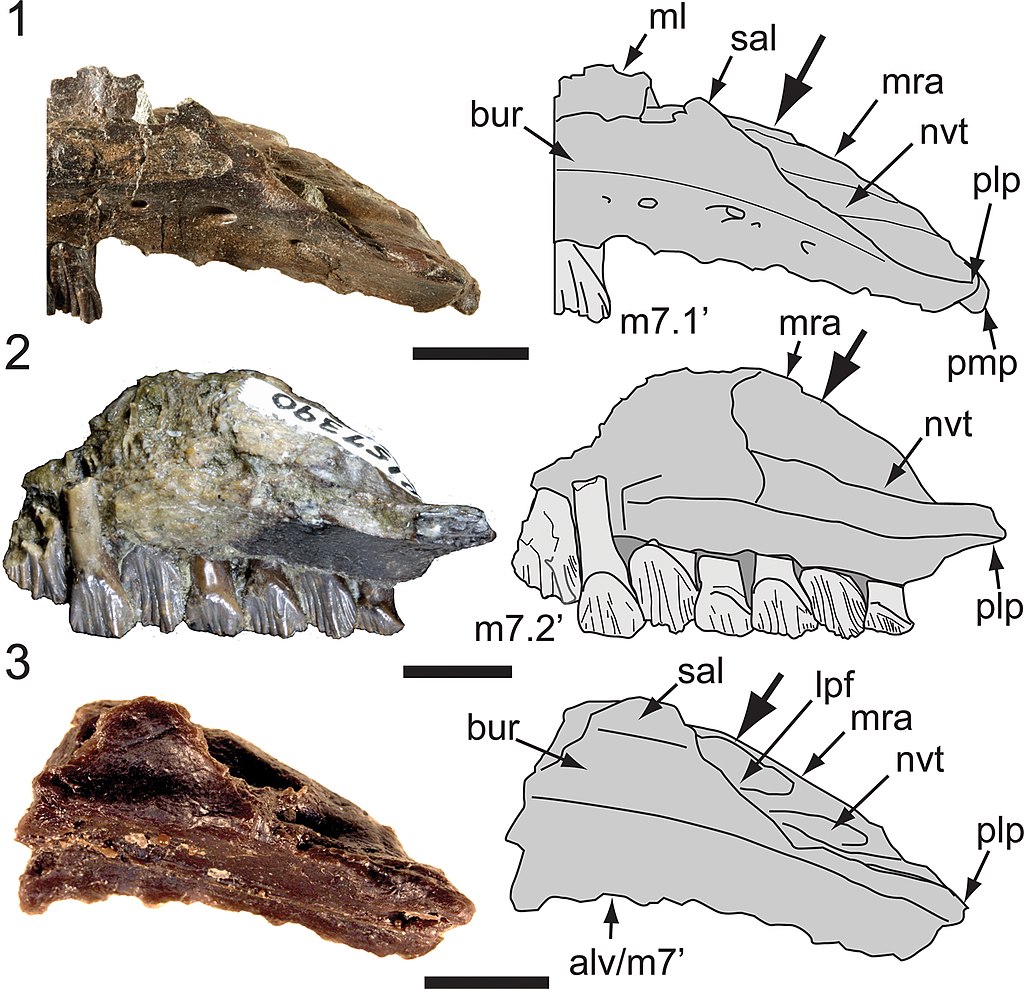 The species of the type, Atlascopcosaurus loadsi, was identified in the work of Tom Rich and Patricia Vickers-Rich in 1989. The name is a reference to the Atlas Copco Company who had provided the equipment that uncovered this dinosaur in 1984. The dig discovered bones from 85 different fossils from diverse species. The discovery opened the way to further excavation. Along with other businesses, Atlas Copco helped over 10 years to excavate around sixty meters of tunnels in a cliff face at the shore of the ocean. The exact name, loadsi, honours William Loads who was the state manager of Atlas Copco at the time and who was a part of the excavation. While it was classified as Hypsilophodontidae by its authors however, the initial designation of Atlascoposaurus was rejected due to the fact the fact that Hypsilophodontidae was found to be paraphyletic in later cladistic studies and Atlascopcosaurus was identified as a basal part from Ornithopoda in the 2nd edition of Dinosauria. Since the teeth aren’t specific to any species and the maxilla fragments are not particularly in any way informative, Agnolin et al. (2010) classified it as a nomen dubium when they found similarities to the enameled elasmarians Anabisetia as well as Gasparinisaura of Patagonia. Yet, Boyd (2015) considered the genus legitimate and located it as a genus at the bottom of Iguanodontia in a clade alongside Anabisetia Gasparinisaura and Qantassaurus.